RICKY BY NAME, TRICKY BY NATURE
Buggeration! Without knowing it she’d been recruited into unearthing Carter’s bloody network, just as The Baron wanted!

When Lucien Dufray’s cat and flock of birds turn up at Tricky’s cabin, she knows something’s wrong. But when her crystal ball shows her one thing and Adric tells her another, Tricky becomes suspicious – which might be her natural state, but there was nothing natural about Dufray’s disappearance. Adric wants her to find him, but had Dufray been kidnapped or had he turned traitor?

Between her mother’s jade calling to her in the forest of Ferriston, The Rabble, an untrustworthy fae collective directing her to the Unsailable Sea, and her spy glass showing her Dimitry Stanislav, one of her mother’s murderers, Tricky is confused.

What they uncover is a plot deeper than the network’s underground bunkers, with more twists than Tricky’s sexual desires. Will she find Dufray, or will she risk capture? Either way she needs to keep her wits about her and remember she’s the tricky one.

Dead Lake is a dark paranormal fantasy, set a few hundred years from now in a post-apocalyptic world, after a massive shift of the tectonic plates has decimated the population and the land, life on the remaining landmass has returned back to simple living, with money, rulers and religion no longer tolerated.  This is the first in the series of Tricky's Tales. 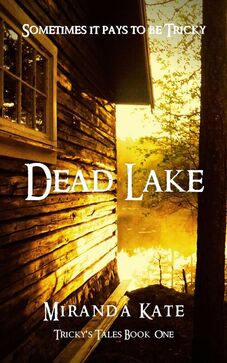 SOMETIMES IT PAYS TO BE TRICKY
Damn and blast! That rancid piece of excrement, Carter, has had her ransacked out of Clancy!

Tricky returns to her cottage to find it turned upside down. An action that means she’s got three days to leave the district or face punishment. Randolf Carter, head of the district, is spreading lies and suspicion about her kind, making life difficult. But it wasn’t just an ordinary ransacking – they were searching for something.

Using her gifts, Tricky traces the energy left by the men and spies another creature’s energy among it: a jackdaw. Swift and wily, it’s pinched her precious gemstone, a piece of black obsidian. But at whose bidding? Communicating with birds is a rare ability and she knows all who possess it.

Tricky wants her stone back, but coming up against people like Carter won’t be easy, especially when he’s got one of her kind in his employ. But she’ll handle it, oh yes she will. She'll just have to be careful and a little bit tricky. Good thing she is then, isn’t it?
Adept at working with energy and time as well as communicating with trees, Tricky is lured into something bigger than ownership of a gemstone, and finds out that sometimes it pays to be a little bit tricky.

Dead Lake is a dark paranormal fantasy, set a few hundred years from now in a post-apocalyptic world, after a massive shift of the tectonic plates has decimated the population and the land, life on the remaining landmass has returned back to simple living, with money, rulers and religion no longer tolerated.  This is the first in the series of Tricky's Tales. 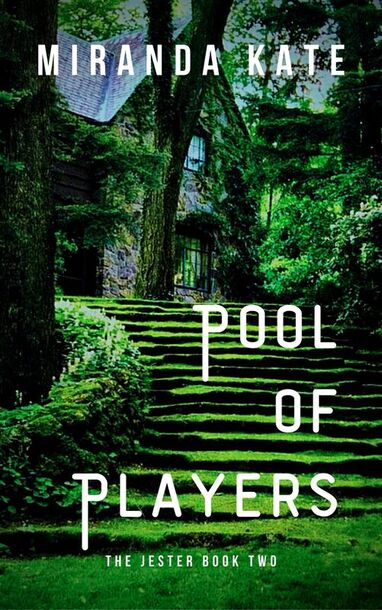 ​A world created in a pocket of time to provide a Pool of Players
​
David can’t settle back into his old life after playing The Jester’s games. Besides all the unanswered questions about why his time was created and how people are being selected for the games, he wants to find his father, but how can he slip through again? The answer comes when he reveals the recruiters to the public, triggering a response from The Jester who grants his wish and snatches him away.

Back in the parallels, The Jester reveals his past and puts David through brutal and punishing times. An unexpected meeting with his father leaves David with a question he’s scared to answer, but attempts to speak to him again are interrupted by The Jester who wants to train David as his replacement.  Hanging out at The Jester’s house, David learns what he is capable of, and, in a bizarre twist of time, why he’s the perfect candidate.

Pool of Players is a dark, sci-fi fantasy that gives a new meaning to time travel. It's the second book in The Jester series, attempting to answer the questions left by the first book, The Game. The only way to get back home is to play ... The Game
​
David Sinclair wants to stop slipping through endless time parallels and get back home. But to do so he has to catch a man who calls himself The Jester - even though there’s nothing funny about him. Through ear-piercing cackles only he can hear, and torturous nightmares, David is able to locate The Jester, but catching him proves difficult when he’s able to step into people.

Rob, a friend David makes in one of the times, works out a successful trap, but The Jester isn’t amused and forces them both to play again, with dire consequences. Led through dark anarchic times where The Jester’s antics have affected everyone, David tries to work out if his suspicions are correct: Is his girlfriend working with The Jester, and did she select him to play these depraved games?

Described as Inter-dimensional hide and seek by one reader, The Game is a dark, sci-fi fantasy, which gives a new meaning to time travel.
​​
This novella originally appears in the collection, Slipping Through, by the same author, available in both kindle and print. This edition is only available in kindle, and is a pre-release to the forthcoming sequel, Pool of Players.

Logan and Elise discover a place where the dominant species isn’t human, but will they be able to return to their own dimension?

The Professor hopes Vladimir has unlocked the secret to a parallel universe, but is it what it seems?

David wants to get back home, but will enlisting Rob’s help trap them in the Jester’s game and slipping through forever?
The answers can be found in this extraordinary collection of science fiction tales, a glimpse into surreal worlds and the possibilities that lie in the cracks between.​

Containing two short stories and a novella, Slipping Through is a collection of other world tales, time travel, and parallel universes. Full of dark suspense and occasional horror, it will keep you on the edge of your seat. 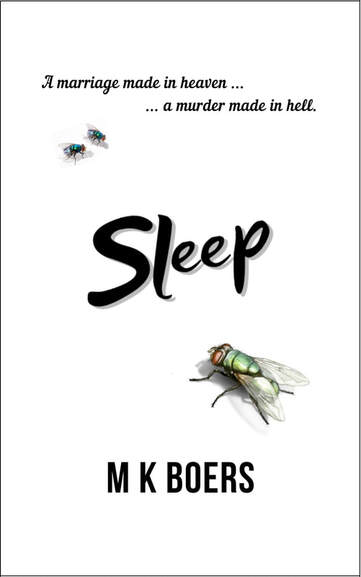 A marriage made in heaven, a murder made in hell.

Why kill the man you love?
Lizzy was struggling, everyone knew that.
He shouldn't have done those things.
He shouldn't have pushed her so hard.
And now, her children, her marriage, her hope - gone.
It was all her fault, she knew that, but was there a chance of redemption?

Lizzy Dyson’s on trial for her life. She knows she must pay for what she did, even if it wasn’t planned, but will the jury believe her?

A whydunnit rather than a whodunnit, Sleep follows a woman on trial for killing her husband and his lover. Was it premeditated, a crime of passion, or a moment of madness? Told through a series of flashbacks and testimony, the struggles that Lizzy Dyson faced are revealed.
​
A suspense-filled psychological drama, about heartbreak and betrayal, Sleep reveals what drives a woman to murder. Deals with the sensitive subjects of miscarriage and depression.
​
Powered by